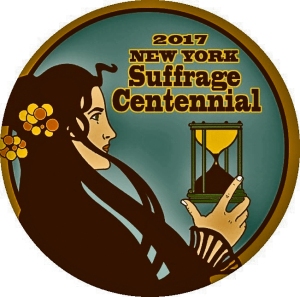 The co chairs of the Inez Milholland Centennial (Marguerite Kearns and Robert P.J. Cooney Jr.) are among the many signers of a letter sent to NYS Governor Andrew Cuomo urging the funding of the NYS suffrage centennial commission in the upcoming 2016 state budget. See the letter.

When New York State holds its 100th anniversary of New York women voting, we want Inez Milholland’s name prominent in the list of those acknowledged for their work, dedication, and sacrifice. Inez Milholland, a New Yorker, is America’s suffrage martyr.

We’re getting ready for the 2016 centennial observance for Inez Milholland in 2016. Visit our web site, join us and take action!

On Christmas day in 1916, a memorial service was held in the nation’s capitol to honor Inez, America’s suffrage martyr. Next year we’ll be honoring Inez Milholland in the 100th year anniversary of her death. Join us!

Behind “An Unfinished Revolution,” a book by Marguerite Kearns